Italian is a very difficult language, I know it ç___ç We have thousand of form for thousand of words xDDD If you don't understand everything at all at first strike, it's understandable =D

As said in the other topic, Italian Language has some articles for female words and others for male words. The same thing happens with plural/singular words.

P.s. this subject is too hard.. 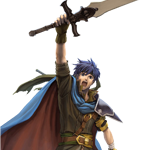 Oh, you're right xD Thanks for your correction, I'm not in the habit of teach my own mother tounge, sorry ><

Right, it's confusing. @___@
It's never easy to teach your mother tongue because you learn it naturally and in different way a person learn a foreign language. I will be confused of what to teach if you ask me to teach you Indonesian. It's understandable, so it's okay. ;)

So, um, what if you give us some kind of exercise? To see if we really understand the problem...?

At this point I think it's too early to give you some exercise... firts you have to learn a bit of lexicon. In fact, right now, none of you is able to understand if a word is famale, male, singular or plural...

Maruko, what about this idea?
We can write some words with the article and it can be a way to see if this word is male or female, singolar or plural.

It is very easy to me : D
My language have it to.

hahaha,take that English speaker...That is for confusing people with phases like "The mayor of that city".... is it a woman?a man?

Anyway.Gez,I think that I will end learning the basic of Italian 8D
(Also,my country have at least on Soap Opera about Italy in a year,so I get some words while my mother is watching it,but most of them are unfriendly words D: )

Here we go! Try and put the articles on these words... humm... don't worry if you don't know what to put, and don't worry if you put it wrong, it's absolutely natural =D Oh... put both determinative and undeterminative article, please ^^ I'll put for you the english translation along with the italian word, but this is only for the first times, once you'll learn more lexicon I'll give you only the Italian words!

When I learned German a year ago, the words are divided into female and male words as well... But I've forgotten all of them, haha~

It seems like all the words are singular, but I could be wrong, haha~

Let's wait for other users, then I'll post the right answers! *A*

I used the default male/female word of my language,I don't know if some of them change in Italian ...

Cantante is both female and male ^^

Sindaco is a male word, and It actually exist the female word "Sindachessa", however it isn't very used. Thus, we use sindaco both for female and male people ^^

Ahh, I see.
Let's wait for some more entries, if anybody else is interested, then we'll hear the explanation!

Anyone? XD
Well.... Artesox made it all right! Good job!
These are the right answers~

Maruko wrote:Anyone? XD
Well.... Artesox made it all right! Good job!
These are the right answers~

Finally some questions that I answer correctly XD

Some words are "false friends", maybe they seem male and they're actually female, and vice versa.

However a way to recognize them exists!

However as I said, there are some exceptions.
Starting from the next lesson, I will always post some words for you lexicon, and you have to memorize them.

I see. Thank you for explaining!

Thanks for the awesome lesson! Now I can at least distinguish male and female words in Italian (at least the basic way)! =)

so nice you are teaching everyone ^_^